Bring Your Own What? 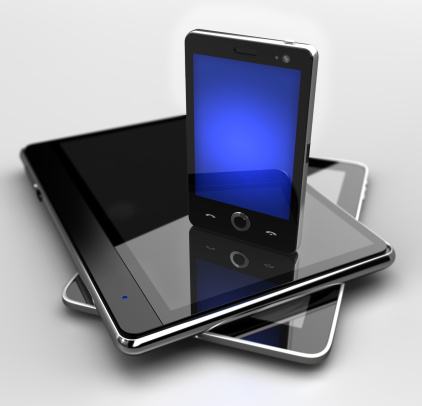 Right off the bat, let me acknowledge that yes, I’m using the term “portable device” instead of “mobile device.” I have reasons. But hey, I still referenced the BYOD buzzword in my title . . . did it catch your attention? That’s because when we see that buzzword, it makes us feel like partying!

Unfortunately, the risk exposure created by portable devices is no party. Some of us have already let the cat out of the bag. That fact, coupled with the intrusive nature of the necessary controls, requires an expenditure of what little political capital ISO’s have left. Let’s face it: the compliance burden saddling our management teams has intensified in the last two years, and they simply want to use their mobile phones to ease that burden. That we information security people add more “yes, but’s” to the picture can be irritating.

Still, the risk is there. We can’t escape the two differences between portable devices and all the other systems we’ve been protecting: 1) they are portable, and 2) they connect to many different wireless networks. They can be lost, and man-in-the-middle attacks are more likely. Thus, if we’re going to issue bank-owned devices to our management team, and especially if we’re going to let them “Bring Your Own Device” (BYOD), we need to control that risk.

Let’s start by summarizing the top half-dozen vulnerabilities that lead to that risk, and their corresponding controls:

Notice that awareness training was listed as a control in all six of the above vulnerabilities. It is the most important control, especially in the quickly evolving mobile technologies. Usually, you can fish for your users, or you can teach them to fish. In this case, I’d suggest you have no choice.

Having run through the top six vulnerabilities GENERICALLY, I am now ready to go over my five point plan for mitigating portable device risk.

Like anything else, portable device security requires layers of security and not silver-bullet controls. But the above fix step process should put you in a position where you are adequately managing portable device risk.

So in five simple steps . . . . okay, they’re not really simple . . . . but in five steps you can substantially mitigate the risk exposure of BYOD and other portable devices. If you need starting points, you might consider checking our our Mobile Devices Security Kit or, better yet, come to our workshop on March 27th!

2 Responses to “Bring Your Own What?”

Excellent food for thought. No, the steps are not simple. But we must be all about Risk Management. #5 might be just a ‘lil’ touchy. 🙂

You are right about #5 (ability to audit BYOD devices) being touchy, especially if we’ve already let the cat out of the bag! But if, for those who don’t already have authorization to BYOD, if it’s presented as an “as long as we get to . . . . ” I’m hoping it will not require you to expend as much political capital.

Meanwhile, Mobile Device Management (MDM) applications truly do audit the BYOD device and, since it is not owned by the bank, you should at least establish in policy that you have the right to audit the device (because that’s technically what MDM is doing).