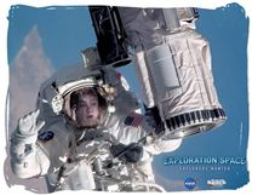 A Warning from the Internet Crime Complaint Center

The Internet Crime Complaint Center (IC3) has announced that timeshare owners across the country are being scammed out of millions of dollars by unscrupulous companies that promise to sell or rent the unsuspecting victims’ timeshares. In the typical scam, timeshare owners receive unexpected or uninvited telephone calls or e-mails from criminals posing as sales representatives for a timeshare resale company. The representative promises a quick sale, often within 60-90 days. The sales representatives often use high-pressure sales tactics to add a sense of urgency to the deal. Some victims have reported that sales representatives pressured them by claiming there was a buyer waiting in the wings, either on the other line or even present in the office.

Timeshare owners who agree to sell are told that they must pay an upfront fee to cover anything from listing and advertising fees to closing costs. Many victims have provided credit cards to pay the fees ranging from a few hundred to a few thousand dollars. Once the fee is paid, timeshare owners report that the company becomes evasive – calls go unanswered, numbers are disconnected, and websites are inaccessible.

If you are contacted by someone offering to sell or rent your timeshare, the IC3 recommends using caution. Listed below are tips you can use to avoid becoming a victim of a timeshare scheme:

Anyone who believes they have been a victim of this type of scam should promptly report it to the IC3‘s website at www.IC3.gov. The IC3‘s complaint database links complaints together to refer them to the appropriate law enforcement agency for case consideration.

The Internet Crime Complaint Center (IC3) is a partnership between the Federal Bureau of Investigation (FBI), the National White Collar Crime Center (NW3C), and the Bureau of Justice Assistance (BJA). IC3’s mission is to serve as a vehicle to receive, develop, and refer criminal complaints regarding the rapidly expanding arena of cyber crime.