Avoiding “The Clash” with Management! 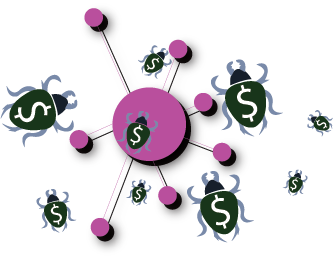 And when it comes to paying a ransomware demand, there’s no one-size-fits-all policy…

Sometimes, it’s hard to know what’s increasing faster, the number of cases of ransomware infections or the number of articles about those infections! Indeed, we’ve written about the subject several times ourselves, and for good reason: a Malwarebytes-sponsored survey from 2016 showed 40% of polled businesses had experienced at least one such attack, with a third of those victims having lost revenue as a result. A similar study, sponsored by Carbonite, showed 51% of businesses had been struck.

With numbers like that, it is surprising that according to the same Carbonite-sponsored study less than half of the respondents (46%) believed preparation for a ransomware attack was a “high priority” within their organizations. This is especially troubling since ransomware attacks almost universally come with a deadline attached, leaving incident response teams precious little time to determine the best course of action even WITH a policy in place.

Complicating matters further is that there are conflicting opinions on what that course of action should be. Europol, the FBI and independent security researchers such as Brian Krebs are adamant about not paying, citing concerns about supporting criminal activities along with the fact that paying a ransom is no guarantee you’ll get your data back: a Trend Micro study cited by ZDNet suggests as many as one-in-five businesses will get fleeced in this manner.

Despite the stern warnings from experts, though, some estimates put the number of businesses that eventually pay their attackers at more than 40 percent, with some stating a ransom was paid even when the organization had backups! For some, giving in is simply the cheapest option.

Due to the uncertainty surrounding each individual attack, it can be difficult to come up with a realistic policy regarding them–the value of the data at stake, the ransomware itself and the temperament of the organization’s leadership can all play a role in the decision.

That’s why in coming up with our own official policy we’ve considered not expressing personal opinions to impacted customers during an active infection, choosing to provide them with information detailing the pros and cons to payment–information like this article review.

Similarly, when it comes to implementing policy before an attack we believe being realistic and flexible is a must: Mandating a rigid “no payment” policy can create issues as we have seen executives who insist on paying out as the cheapest, quickest option to get back in business.

So, in the words of Mike Jones from The Clash*, as an ISO, you may have to say this in your next committee meeting:  “this indecision’s bugging me, if you don’t want to, set me free, should I stay or should I go now?”

Because of the unique nature of ransomware, many institutions are finding it prudent to document the response scenario surrounding ransomware as a different attack scenario than normal malware.  Regardless of the path you choose to take, the most important thing is to start work now, before an attack, so that you’re not starting from scratch as the clock runs out. When researching these articles, we were surprised to find there are not a lot of starting points available, from a policy/procedure perspective.  So we went to work on our own ransomware document, that would be subset to a Virus Incident Response Scenario document if you’re team requires it.To help you get started we’ve decided to give away our ransomware policy boilerplate document fo

To help you get started we’ve decided to give away our ransomware policy boilerplate document for free!  You can download a copy of this free policy boilerplate through our online store.  Keep in mind this is our first iteration.  Just use the promo code, “theclashcode“.   You may use this code for both the standalone ransomware scenario document, as well as the virus incident response scenario document. You can check out one at a time or add both, the code will work either way.

Note that the standalone ransomware document is a subset of the virus incident response document.

To summarize:  it’s time to start researching ransomware and adding it to your incident response documents, as a separate attack vector because it has unique characteristics.