With Windows Hello, Users May Be Trading Security For Convenience

Microsoft promises ‘enterprise-grade’ security without a password, so what’s the catch? 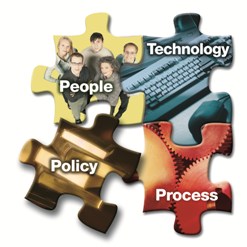 When Windows 10 was launched there was a great deal of attention paid to some of its more controversial aspects, such as the inability for end users to disable updates.  (We kind of liked that one).  But we didn’t like the operating system’s collection and transmission of user data!

While the controversy kept our attention, other new features were added with little fanfare. Such is the case with Windows Hello, an entirely new method for logging into Windows devices which Microsoft began rolling out with the Windows 10 “Anniversary Update” in July.

Windows Hello, as Microsoft describes on their site, is said to bring ‘enterprise-grade’ security to both home and business users alike.  If that wasn’t enough, it promises to do so while also eliminating the password entirely! Whenever a vendor makes promises about security that sound too good to be true, we’re always dubious.  And when Dan acquired his shiny new Surface Pro, our suspicions were confirmed: without proper configuration, Windows Hello can make a system less secure!

When either of these login methods fails, Windows Hello falls back on a simple PIN the user creates when setting up the system for the first time–and it may be as short as four digits!

The end result is that we were able to easily gain access to other accounts on our Surface Pro simply by failing the facial recognition and guessing their four digit PIN! Not only is this hardly ‘enterprise-grade’ security, Microsoft goes on to assert this method is more secure than logging in with a Microsoft account because the latter requires the transmission of the (encrypted) account password over the internet, while the PIN is locally authenticated.

But it’s only four digits.  We tried to use a strong password BUT THAT IS NOT ALLOWED.  (You can use longer pins though).

We think that a four digit number is not adequate security . . . locally authenticated or not . . .  and that, for the moment, it is advisable to continue using a local account or a Microsoft Account if security is important to you. If you do want to keep using Windows Hello, it’s advisable that you use a longer PIN, and one that is not shared with any other accounts.

In that last paragraph we said “for the moment” because while home users are limited to numeric PINs, enterprise editions of Windows 10 have the option to enable complex PINs consisting of letters and numbers (which makes ‘PIN’ a misnomer) and Microsoft could roll out an update granting this privilege to home users at a future date.

Why Microsoft thinks this option is something only large companies would want is just one of the questions surrounding the new operating system, but it’s one we wish they would answer–sooner rather than later.  Now, because we don’t want to hurt Microsoft’s feelings, we do think this methodology offers a lot of potential.  We’re hoping they leverage this infrastructure for true two factor authentication (your face and your pin) into the endpoint.  But for now, if you don’t acquire the enterprise edition, it’s weak single factor authentication.

We want you to avoid having a false sense of security.  Sorry Microsoft, you’re heading in the right direction, but Windows Hello is NOT more secure.