Some hackers aren’t after your financial information 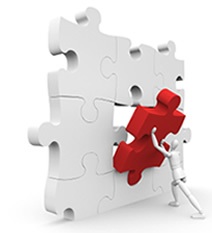 Twitter recently joined several other companies in sending out emails to users whose accounts had been suspected of being subject to attempted break-ins by hackers working for government agencies.

According to the emails the attempts were not successful, but they go on to say that an internal investigation into whether accounts had actually been breached has been launched. The email Twitter sent out also suggested that users who wished to access the site anonymously use a service such as Tor, despite asking users who wish to do so to provide personal information such as telephone numbers–information they admit was a probable target of the breach.

Twitter, along with other sites that report suspected state-sponsored hacking such as Facebook and Google, does not disclose who they believe the suspected hackers work for. While the United States, Russia and China are among those most commonly suspected, the list of potential sponsors of these kinds of attacks includes virtually all major governments.

The above is what we call an “Article Review.” It is part of our attempt to help our readers find excellent reading materials to back up important technology risk management concepts. We try not to include articles that are merely news or additional news about mainstream issues. Instead, we try to highlight articles that our “typical clients” should be sure to read, or that are about concepts “outside the mainstream media.” infotex does not intend to endorse views represented by the writers of the articles we review, nor do we try to keep our Clients aware of EVERYTHING. For example, if a particular story concept is being reported upon in many different media sources, infotex usually chooses to ignore the story concept altogether, unless we can find a “unique take” on the story concept.