The Sidebar, the Side of the Road, and the Road Rules! 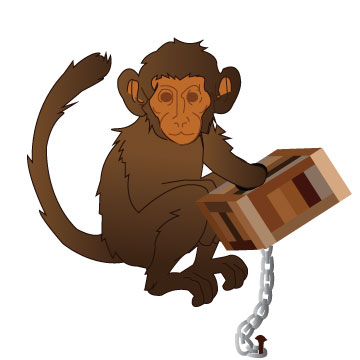 Note from Legal Risk Assessment! Dan has already revised these rules twice.  They are still evolving and still not as safe as they should be.  And Dan is not an expert in driving.  But this may help you start your own approach.  Be safe!

If you’ve read The American Monkey Trap, you may have been left wondering, “why did Dan end up parked by the side of the road?”

This story actually started two years ago, when I upgraded my cell phone.  The salesperson at Verizon, suggested that I purchase a Bluetooth headset.  My response was an adamant, “no Bluetooth doesn’t work.  Every time I come into this place I get talked into Bluetooth and within weeks I’m throwing it away.”

The sales person, who was pretty good at his job, said “are you sure? Bluetooth has come a long way since your last upgrade.”

To which I responded, “been there, done that, Bluetooth is always getting better.”  I then explained how I had Bluetooth integration in my car and it didn’t work, how I could always tell when one of my employees were talked into Bluetooth because we couldn’t hear them well in meetings.

But the sales person was not intimidated, and said “you got to at least look into these Bluetooth hands free devices.  All you do is clip them under your visor in your car.”  And then he went for my throat: “They’re saving lives, man.”

Well that caught me with my hand on the banana, so to speak.  Next thing you know I was installing the hands-free Bluetooth speaker in my car.  And, of course, it didn’t work right out-of-the-box.

It was supposed to allow me to initiate calls just by telling Siri who I want to call. But Siri never understands me, even when I’m yelling directly into the phone.

While that feature didn’t work, I had to admit that once a call was initiated I would be able to talk into the device relatively well, and therefore I would not have to hold my cell phone. And, when I forgot to turn it off after a call, and somebody else calls me, on an intermittent basis the device would let me know who was calling and give me the chance to answer the call by saying “answer.”

What I mean by intermittent is that SOMETIMES it would let me answer the call by saying “answer,” other times I’d have to yell, “answer,” and sometimes it just wouldn’t work.  So, on occasion a caller would say “Dan, are you okay” because I would be yelling “answer” after it actually worked.

So I tried not to use it when Clients were calling.

About a week ago, a call came in from a co-worker.   I said “answer,” and it didn’t work.  I yelled answer and it still didn’t work.  Next thing you know I’m swearing like my lead artist in the 1980s, as I pick up my phone and fumble with it, trying to find the answer button.  I looked up, and thank goodness nobody was coming from the other direction, because I was in the other lane.  Yes, I had become one of those people!   I could have killed myself and worse, somebody else.

So, I pulled over, parked my car, and put my phone in airplane mode.  And right then and there I updated my “road rules.”

Yes, I actually have “road rules.”  Before last week, they took up a whole page and included meaningless rules like “never ever ever type a word” and “only initiate calls from the stopped position” and “only accept calls using the darn Bluetooth device.  Road rule never seven (drive the speed limit when talking on your cell) taught me that you don’t show up any later when you drive the speed limit.  Stoplights, traffic, etc. eventually gets you when you’re speeding.

But I threw those rules away, wrote some new ones.  The week after the incident, my rules were very simple . . . put the phone in airplane mode.  But then again and again I’d violate those rules.  Sorry, it’s hard to let go of the banana!

I rewrote the rules another two times since the incident, and I now have a simpler approach because I remember it by saying “mindfulness evolves into three airplane modes.”

There are now four rules:

You must develop your own rules.  Not only am I not an expert, but I believe this is one of those “find your own path” things.  Feel free to use my rules as a starting point, of course.  But if you rely solely on the four rules above,

Finally, nothing substitutes for not using the technology, and more importantly there is no substitute for mindfulness.  We must be aware whether we’re using the phone or not.  It takes less than a second long distraction to kill, and thus we have to limit distractions.

I’ve only been enforcing the above iteration of my road rules for a week now.  I was already using the voice memo application as part of the old rules, but I have to admit the urge to make a call was constant at first.  But after a good week of applying these rules, and I’ve traveled quite a bit in the last week, I’m confident this is closer as the way for me to go.  And I realize it’s more of a habit or discipline than anything.  So often I’ve caught myself grabbing for my phone and then realizing it’s in airplane mode.

And can people reach me as readily as before?  No.  But they will be able to reach me when I return to the office or pull over to the side of the road.  Want to know why?

Because I’ve prioritized my life over productivity, and let go of that banana!