Or . . . making sure we don’t just go through the motions!
Another one of those Dan’s New Leaf Posts, meant to inspire thought about IT Governance . . . . 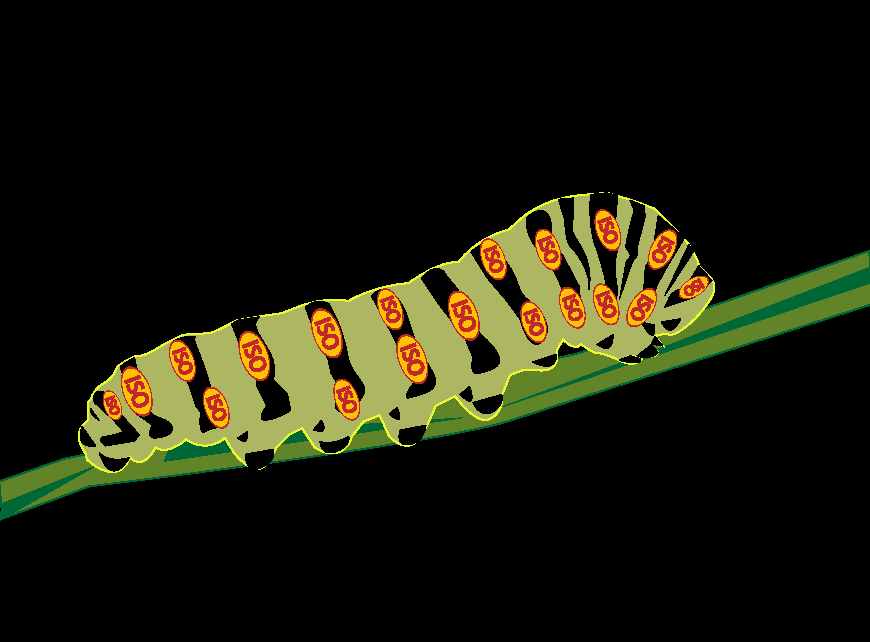 When it comes to the routine things in life, it can be easy to get lost in procedure. There’s a set of steps needed to complete a task, and once you’ve done that long enough it can happen almost automatically. As an example, all of us can relate to the “auto-pilot” experience, where we find ourselves parked in our garage, but can’t really explain how we arrived home.

Indeed, that kind of effortless execution is the reason people practice a skill, and it’s something we all rely on many times a day to make things easier. That kind of automation, while necessary, can have its drawbacks.

Take, for example, the Pine Processionary: a type of caterpillar whose members use a chemical trail to guide others to food and water.  Years ago, Zig Ziglar used the story of this particular creature to wake sales professionals up to a very important risk in selling . . . . that we become “creatures of our procedures!!”

Traveling head-to-tail in a long, meandering chain, the Pine Processionary caught the attention of a 19th-century scientist who decided to test just how far the caterpillar’s following instinct would go. The scientist guided a line of the caterpillars up the side of a potted plant, and then quickly wiped down the sides of the pot so that the chemical trail was lost. Much to the scientist’s surprise, the line of caterpillars continued in a circle around the rim of the pot—for over a week.

In the experiment, there was food and water very close by-in the center of the circle-and the scientist was shocked that the bugs remained so fixated on following their own trail. So fixated, in fact, that no one caterpillar veered off course long enough to encounter it.  In other words, the goal was in sight, but no one looked up and saw it.  Every one of the caterpillars believed that as long as they followed procedure . . . . continued to follow that scent . . . . life would be good.

But they never stopped to question the procedure.

People are much different than caterpillars, of course, but we can still easily get lost in the routine, following those ahead of us without really looking to see where we’re going…or what we’re missing.  It’s the lesson of the Pine Processionary that we should learn every time we click on “the link.”  It’s the lesson we should keep in mind as we struggle against error fatigue.

What we network monitoring people fear most is that the Pine Processionary Lesson will creep into our monitoring procedures:  A suspicious alert or unusual activity may be displayed, but be casually scrolled through, an alarm that often goes off may be silenced without thought.

Every auditor fears the checklist . . . that the hundredth time of going through the checklist you aren’t actually reading what you check off on as “done.”

The typical user runs into this notion not only while reading email but while clicking on search results.  Pretext calling is sometimes the act of finding a user who is behaving like the Pine Processionary.

We run into this lesson each night, as we drive home from work.  A pothole or tree branch can be run over on a route that’s been traveled so many times that it’s known by heart.

We, humans, do a lot of things better than the Pine Processionary, but that doesn’t make us immune to “going through the motions.” If you’re following somebody else’s lead, it pays to make sure that they know where they’re going first…and even then, you should still lift your head up every once in a while and take a look around, there’s no telling what you may have been missing!