Will the FFIEC adopt the NIST Cybersecurity Standard?

This is where Dan predicts a Paradigm Shift in 2015!
Another one of those Dan’s New Leaf Posts, meant to inspire thought about IT Governance . . . .

Thanksgiving marks the beginning of the end for us here at infotex.

We’ve got our short list of audits to finish, and then we actually slow down for a week or two.  So I would have to say first and foremost, I’m thankful for the phenomenon of “cycle.”  Cycle means the year is going to end.  Cycle means it’s a process not an objective, and process is the key word in “continuous improvement process!”  Cycle is what we auditors live by.  Cycle means we can finish this for now, knowing we’ll come back again next year and “take it up a notch.”

I teach that one of the fundamentals of IT Governance is that it’s a business process . . . . meaning that it’s cyclical, that you never cross it off the list.  And I remind my Clients . . . . especially those who are disappointed audit Clients . . . . that the good news about the cyclical nature of Information Technology Governance is that we can always draw a line on “completeness,” recognizing that we’ll be able to return to the process next year, and “take it up a notch.”

The FFIEC is going to take it up a notch 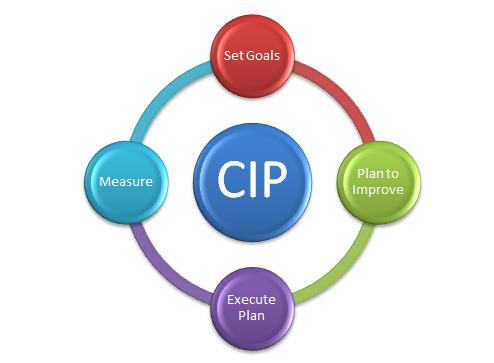 . At least that’s what I’m predicting based on what I’ve been reading and hearing.  But continuous process improvement . . . . taking things up a notch a bit at a time . . . . that’s what the whole Cybersecurity Assessment study is all about, in my opinion.  I’m predicting that next year, we’ll be getting some sort of guidance as a result of the assessment.  And though it’s going to require some work . . . . we’ll all have to re-tool all our policies and procedures, and apply a new “paradigm shift” called NIST, I am indeed thankful they’re forcing us to do it.  We risk becoming complacent with our existing programs.  This risk also brings about a belief that we are safe, and our information security program quickly becomes a myth.

You see, the extra work won’t be a bad thing if you plan for it.  Planning for improvement is part of the continuous improvement process (CIP), and for that I’m thankful!  It means that, if we think things through, we can get the most important things done at the expense of the least important.  Our lives will still be more hectic, but because we’re focusing on what we have proactively determined to be “critical” rather than “urgent,” we achieve more value.  At least that’s the theory, and for infotex, that theory has been working for almost 15 years now!

And at infotex, updating our templates and checklists, audit processes and compliance programs, to conform to the new NIST framework will be a critical, important priority.

At the IT Security and Risk Management Conference last week, Dr. Kevin Streff stressed continuous process improvement, that we don’t have to go from 2 to 9, we need to go from 2 to 3.  And then 3 to 4.  Etc.  His whole point is that we can NOT let perfection get in the way of effectiveness.  The goal isn’t to instantly become perfect, the goal should be “incremental improvements, over time.”

Attendance at the conference was flat for the first time this year.  So we polled those who dropped us.  Every single one of them responded saying that they liked the conference and had intended to return, but could not make it “from a timing perspective.”

From a timing perspective, we have been bouncing from a 5 to a 4 to a 5 to a 4.  We keep trying to move the conference, and always run into those who wanted to come, but couldn’t make it because it was right smack in the middle of long-standing appointments.  Though we’re not sure how to address that, we have at least become aware of it and as you all know, I believe awareness is 9/11’s of the battle.

I love the conference if for no other reason, because it causes me to reflect.  Next year we’ll probably be moving it back to October (early October, I hope) as another attempt to address the timing thing.  But we’ll also be “reaching outside the box” with other “controls” such as shortening the conference, re-considering the venue and location, modifying the agenda, etc.  (If you have any ideas, let us know!)

Though I’ve thought several times, in my post-conference reflection, that “the week before Thanksgiving was a mistake,” I have to admit that having the conference the week before I’m to write my Thanksgiving Article has its benefits.  Because it’s good to reflect on things when you’re feeling grateful.  It’s good to do a “post-mortem” while in a “thankful mood.”

And it’s good that we Americans include the act of “Thanksgiving” in our annual cycle!

It has put America on a Continuous Improvement Process!

We’d like to take this opportunity to thank our readers, Clients, friends, and families for helping us make 2014 one of our most successful years!  And, of course, we are VERY thankful to the team at infotex . . . . Stacey, Sean, Chad, Mike, Bryan, Ryan, Jacob, Adam, Chelsea, Dani, Dave, and everybody else who has helped us help our Clients!