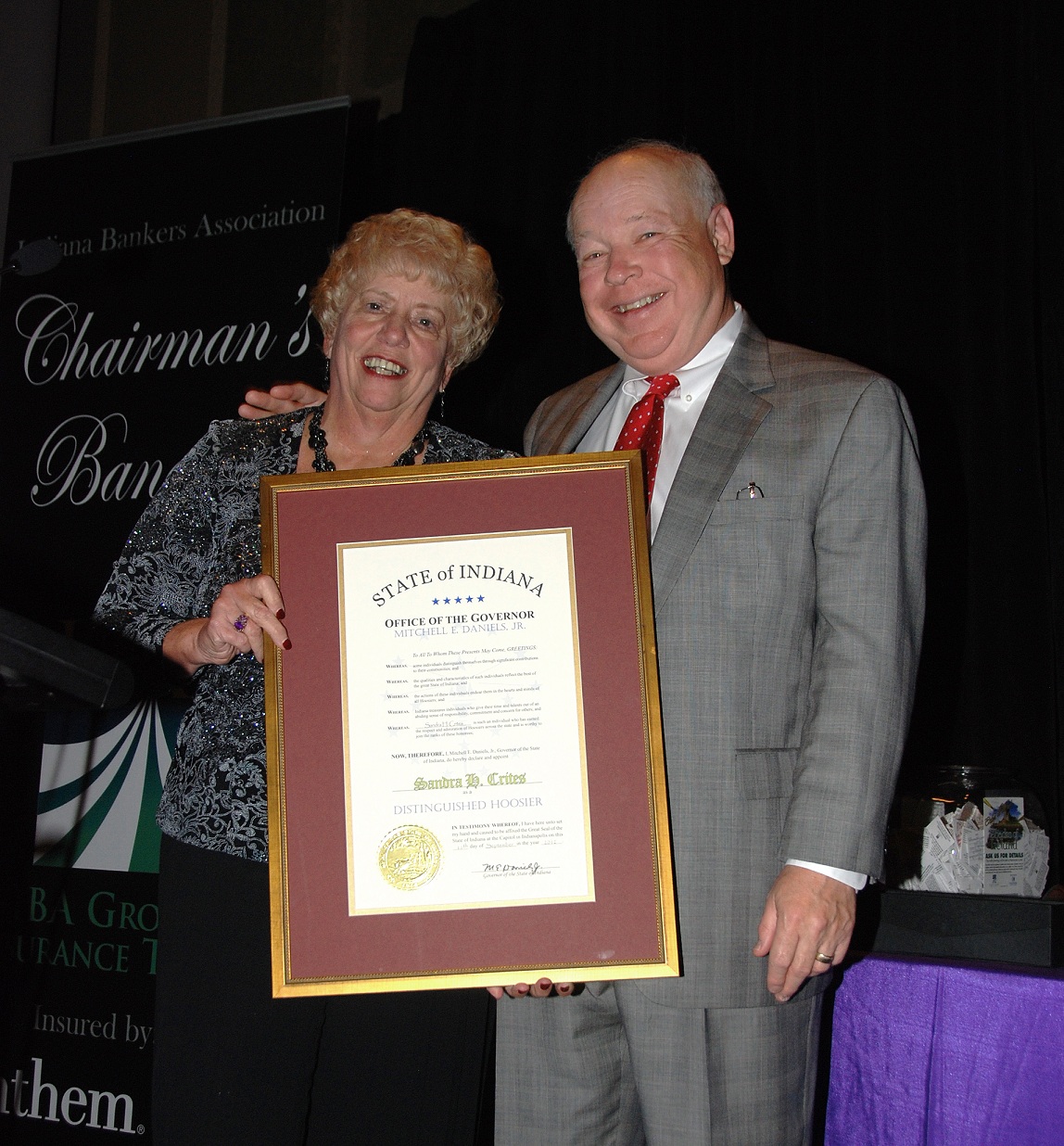 “Sandi Crites, senior vice president-administration of the Indiana Bankers Association (IBA), is retiring after 35 years of service, effective Dec. 31. In recognition of her contributions to the Indiana banking community, she was honored in September by Gov. Mitch Daniels as a Distinguished Hoosier. The award is one of the highest honors given by the State of Indiana and is awarded at the discretion of the governor to recognize Hoosiers whose character and accomplishments bring admiration and respect to the state.

“Crites joined the IBA in 1977 as a bookkeeper. In her most recent position, she has been overseeing daily operations of the office, with responsibility for all financial records, payroll, personnel records, statistical reporting and office support functions.

“Crites earned a degree from International Business College in accounting, finance and administration. She is a native of New Castle, Ind., and resides in Indianapolis.”