The 13 Unlucky Stats Tell the Story!

The Indiana Bankers’ Association Conference is once again a hit!
Another one of those Dan’s New Leaf Posts, meant to inspire thought about IT Governance . . . . 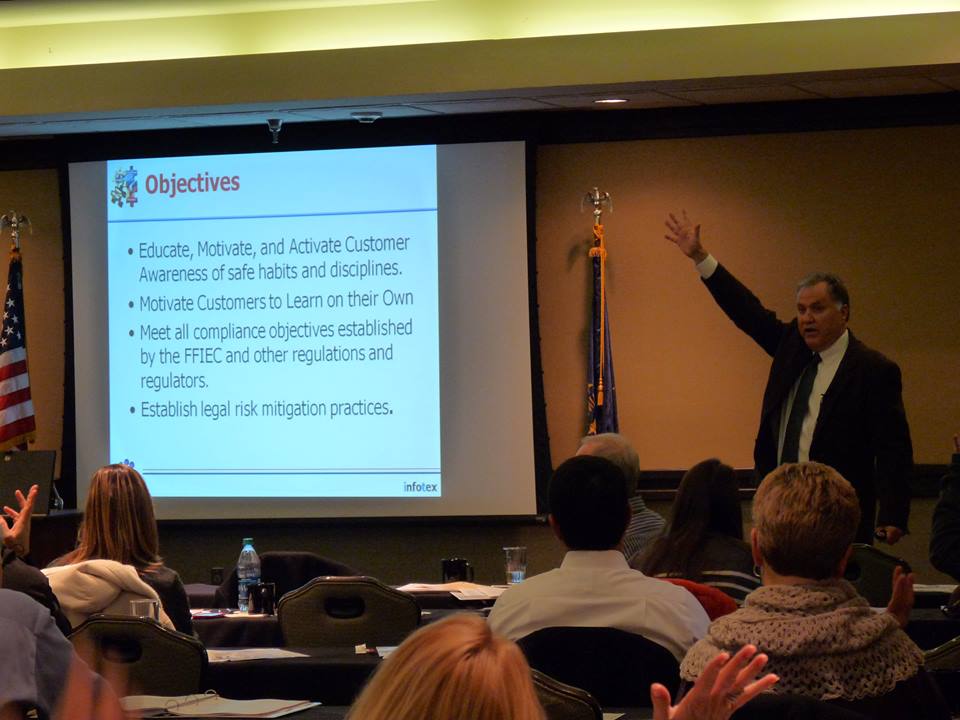 Well, the IBA’s IT Security and Risk Management Conference is over!  The dust has settled.  I’ve found my notes, and I’d just like to share some of the more interesting statistics I wrote down during the many EXCELLENT talks.  I did not track where the statistics were coming from, so let’s just credit them to the conference.

First, by way of summary, let’s start out with what I think is the best quote from the conference:

“While the federal government has put your Board of Directors in charge of Information Security, they’ve also put the information security people in charge of customer education.”

Okay, I know, I know, I’m quoting myself.  But this way I don’t get in trouble for misquoting anybody and as far as I’m concerned, what I said above summarizes the major takeaways from the conference, and both takeaways were delivered on morning one, and then reinforced throughout the conference.

So enough with the quotes, here are the statistics:

If I were to re-write that last statistic, I would rewrite it like this: