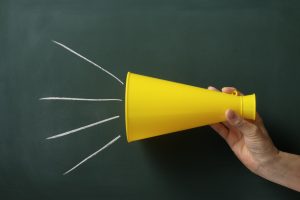 China recently made waves in the security world by announcing a new set of data security laws, one of which has added new fuel to a long running debate: how and when should security vulnerabilities be disclosed…and to who?

The new law, as described in a recent article on BreakingDefense, would require security vulnerabilities to be disclosed to the Chinese government before anyone else.  The law, which also applies to foreign companies with a footprint in China, also prohibits the distribution of vulnerability information to any foreign entity, aside from the manufacturer of the product in question.

While this new law is drawing controversy due to allegations concerning the role of the Chinese government in cyberattacks, the law also serves as a reminder that the ethics of vulnerability disclosure continue to be debated…and when it comes to disclosure, doing it improperly can result in disaster.

Take for example an incident from 2015, where Google disclosed a serious security vulnerability in Microsoft Windows days before a patch was available to mitigate it.  While Google was following its own vulnerability disclosure policy in making the public notification, Microsoft claimed Google refused to cooperate with them by delaying disclosure until it could release a patch, claiming it put users at risk.

When it comes to the duties of researchers in notifying the public about a vulnerability versus their duty to allow manufacturers a chance to mitigate those vulnerabilities there’s no single set of rules to be followed: both Google and Microsoft believe their policies were in the best interests of users…and both blame each other for putting users at risk.

While there is still no end in sight to the debate regarding ethical disclosure, this new law suggests that it will only become increasingly important as more countries realize the potential offensive value of security vulnerabilities and how they are disclosed…if they’re disclosed at all, that is.

Interested in MSOC, Audit, or Other Assessments and Tests? Visit offerings.infotex.com to let us know!