Another Ponzi Case – And a Warning for Investors 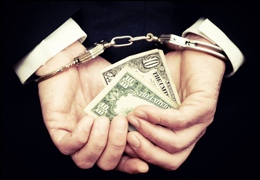 He was living the high life—taking up residence in a Miami Beach mansion worth more than $5 million, cruising around in a million-dollar yacht and his leased Mercedes-Benz, shelling out more than $400,000 for floor seats at Miami Heat basketball games, and donating thousands of dollars to the athletic program of a local university (the school was so appreciative it named a student athlete lounge after him).

But it all came crashing down on Florida businessman Nevin Shapiro last month, when he was charged with orchestrating a multi-million-dollar Ponzi scheme involving about 60 victims throughout the United States.

From January 2005 through November 2009, according to the criminal complaint filed in federal court in New Jersey (where one of his victims resides), Shapiro raised more than $880 million from his investors. These individuals thought they were investing in his wholesale grocery distribution business—Capitol Investments, a Florida corporation with offices in Miami Beach that Shapiro owned and ran as CEO.

In reality, there was no grocery distribution business. Shapiro allegedly used new investor money to fund principal and interest payments to existing investors—a textbook Ponzi scheme—while at the same time, taking tens of millions of dollars for his own use.

How did Shapiro convince his investors to give him their hard-earned money? According to the charges, he and others working for him showed potential investors fake documents that touted the profitability of his business, including:

The scheme eventually went the way of most Ponzi schemes—collapsing in on itself when it got too big to maintain financially. The criminal complaint alleges that Shapiro defrauded investors out of at least $80 million.

This particular case was brought in connection with the recently-established Financial Fraud Task Force, led by the Department of Justice, which investigates and prosecutes major financial crimes. And the case was definitely a multi-agency effort—in addition to the FBI, it was worked by the IRS Criminal Investigative Division and the Securities and Exchange Commission.

So how can you avoid being victimized by a Ponzi scheme? A few tips:

If you think you have already been conned in a Ponzi scheme—or are suspicious about a pending investment—contact your local FBI field office or local authorities.

Original Article from the Federal Bureau of Investigation: Another Ponzi Case – And a Warning for Investors